What is it you want to change?

Your hair, your face, your body?

For God is in love with all those things and He might weep when they are gone.

The Whole of your Soul is in the Symmetry of your Body.
For there is nothing more magical nor mysterious,
than the contouring, the working of your miraculous body.

I don't remember much about dissatisfaction,
with self, looks or shape;
when I was once a child

I was taught that.
In more ways than one
In smaller and more subtle ways than the television.

Bring me back,
the innocent indifference of my childhood
Restore me the fullness of my glory.

#PerfectNever
Posted by Unknown at 9:42 PM No comments:

Email ThisBlogThis!Share to TwitterShare to FacebookShare to Pinterest
Labels: A whole of your soul, Perfect Imperfections, Perfect Never

For years and year, I thought faith was all about being faithful to routine and rituals. Being true to chanting certain prayers, being real sharp on days of obligation.

Doing it all on self-strength and diligence. For years and years...till I was fatigued and confused.

Nothing good seemed to come from it except maybe a self-righteous sense of accomplishment, which left me even more empty inside.

The fact was that, I was chained. Not by the Holy ways and movements but by own sense of duty and commission. I thought or rather I believed that by doing something good, even by sheer will, receives it due the gift of salvation.

Maybe so...The Lord is kind and looks at the heart of the worshiper. He found the rich young man who kept the law in me.

Sometime we grow so used to the chains that bind us that we cleave to it even when the Saviour comes to set us free.

Faith is Never Ever Giving Up. It always hopes. Always Strives. Always Believes.

So Faith himself came and took me to a dark place. A place where I couldn't see him, found lost, left alone and without hope...It was there I questioned the years of slavehood and discipline.

Did it count for nothing, O Lord?

You Count for EVERYTHING, said Christ.

There, in the midst of that dark place, I found Hope. I found the unshakable truth that I am loved and the Beloved.

There in that dark place, I found Faith...that moved beyond sight and signs.

There, in that dark place, I found His Peace.

Found, say I, because these gifts were ever present, ever mine but never received. For Faith, in my blindness, consisted of a barter and exchange.

You can never exchange for a gift. Gifts are always received. Only goods or merchandises are exchanged and bargained. The Lord had refused to barter anymore.He wanted nothing from me. Nothing I had to give or offer or promise to offer. He wanted Nothing.

And when I learnt obedience in that fortunate dark place, I received the Joy that came from the rituals and routine. I received hope with a return to those disciplines which suffocated me in my sterile chanting. I received great meaning and revelation in all that I forced myself to undertake and instead allowed it to bless me again and again.

I was found. And all that I had thought, lost, was restored. Greatly and abundantly.

We sometimes sin greatly when we drop our hopes and expectations from Christ because we think him to be a stingy lover. He gave up his life as God and gave away his life as Man. Will he not give us all good things?

The greatest of all his gifts is this- He gives All of Himself to us. ALL!

And Christ will be All Enough...

The Lord is trustworthy in all he promises    and faithful in all he does. 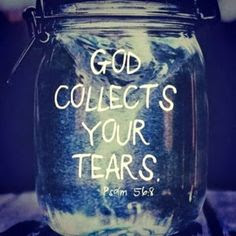 Hope and Expanding the Soul

They say that suffering expands the soul to receive God. I found that hard to take.

Suffering by itself can drown the soul, deep into bitterness and spoil clear light of idealism into the vinegar of cynicism. We are fallen and half-blind; which is worse than complete blindness. The blind man believed the Messiah in faith; the rich young man, half seeing, not perceiving left his Lord and walked away sad.

Maybe if he had known that his soul's sorrow came not from the bitter choice but from leaving the Beloved; he might have tarried. Perhaps.

Aye, a little knowledge and an ill-instructed spirituality is a dangerous thing.

But this post is about hope. The strength to believe against all disbelief and unbelief.

What does Mary tell us  about the night of  her soul? That it's hope that expands the soul to grow big enough to carry the Cross and not lose sight of eternity.

Suffering without hope is a withered tree in the desert; hope without suffering is a cloud grasped in the fist of one's hand.

As Mary believed, so Mary hoped.

A mustard seed of Faith. A little phial of Hope. That is enough.

I like to contemplate her sorrows not through a dark well of tears but rather through her resilience to hope against all hope hopen.

At the prophesy of Simeon, she hoped.

During her harried journey into Egypt, she hoped.

At the loss of her child, through each excruciating day, she hoped.

Under the excruciating weight of the Cross, she hoped.

At the foot of the Cross, she hoped.

As she looked upon the face of her cold still child, she hoped.

When they took him away for the last time...she still hoped.

And Hope did not fail. 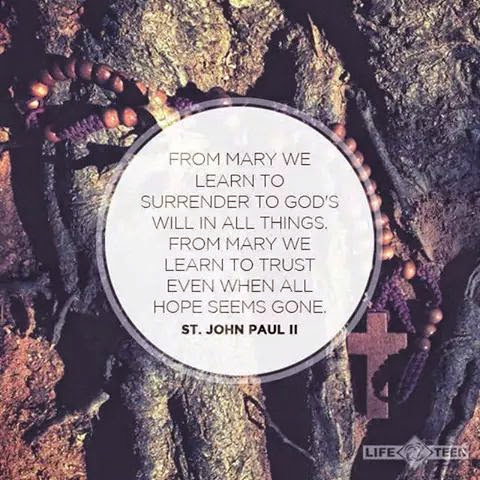 Posted by Unknown at 7:30 AM No comments:

Forgiving God.
What about forgiving, God?

The Lord confronted me with this challenge and I found it hard to accept. He showed me the story of Martha, Mary and Lazarus.

What could possibly have gone through the hearts and spirits of the bereaved sisters? Anger. Disappointment. Abandonment...

'If you were here, Lord, my brother would not have died'

You said you loved him, but came not when we called.

You said call to me and I will hear you in heaven...but answered not.  For days. Weeks. Months. Years.

I will protect you, you said but here I am still broken by life...

The same refrain and sorrow.

When Martha met the Lord, she was in need of forgiving the Lord. It was the only way she could have received the Lord's blessings and allowed his power to raise Lazarus.

Is it possible to forgive God? Can a good, merciful, gracious God have erred us so bad to be needing forgiveness.

No. But in our minute humanity and brokenness, we need to forgive God and let go of our bitterness to allow him to make a miracle out of our dead hopes.

Posted by Unknown at 6:29 AM No comments:

Do you love the Desert?

I hate the loneliness, emptied out all that good and meaningful. I hate the sad melancholy of world that takes all but gives no solace. I hate the waiting...

I remember during my painful desert experience during Nov-Dec last year, how I rued my my prayer- try me, Lord and make me more like you. Give me a more giving heart like yours. Tear down the stone walls around my heart and teach me to love like you.

O boy, he did answer that prayer...

The thawing of a frozen heart requires the furnace of love. Tough love. The dross of doubt, fear and complacency all rise to the surface during this purification of the soul. It's excruciating and there is no respite.

When there is a cross, there follows also the joy of the resurrection. A new life.

The month following the breakthrough was a time of keeping low. A time of recovering and restoration. Our Father is a God of Love. He is a pursuant lover and he never gives up (1 Cor 13:7).

The breakthrough was a time where he taught me the meaning of faith without sight, hope without proof and even patience in the midst of clamour. It all rests on the bedrock of a single truth- God is Love.

40 years in the desert to learn one truth. God is faithful.

The desert, the cross, the sorrow- and then the revelation. My Almighty Father loves me.

It's seems like a paradox but the Lord never forgets his own. The Songs proclaim- Who is this coming up from the desert leaning on her Beloved? 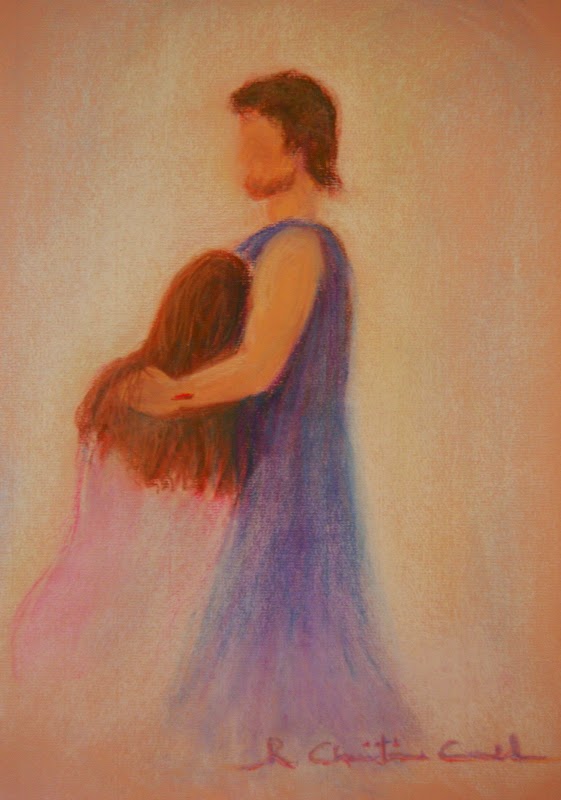 Email ThisBlogThis!Share to TwitterShare to FacebookShare to Pinterest
Labels: 40 yrs in the desert, Father's love, Songs of Solomon

I have been having some wonderful time with the Lord and in a completely new dimensions.

Has my work life suddenly sorted itself out aka work ends at 6 PM, Life starts at 6:01 PM?

Did I suddenly discover my truests, deepest calling for the Kingdom?

Nah... The Lord still like me to turn a bend before he gives me a new assignment.

Is He patient? Is He Still forgiving? Does He still love me to bits?

Yes... and that's the breakthrough.

The faithfulness of God can only be counted when you look back on the mountains you've traversed and seen how high you have flown.

Walking with the Lord builds Character. He helps you see beyond the visible mayhem around you and into deeper realities that may be.

He taught me that the only thing worth defending is his Peace. The battle is always of the mind and the Enemy seeks to plunder you of your peace. So, raise a standard of praise against him. Sing of the glory of God.

Let our Lady, Star of the Sea help you. She is the one person God has not permitted the Enemy to malign. She will counsel you.

Forget not the Counselor. He is gentle and humble. Will he not speak words of wisdom and direction into your ear?
Forget not the promises of God, for he is faithful.
"I have called you by name, you are mine"
Posted by Unknown at 10:16 AM No comments:

THE HOUSE OF CHRISTMAS
By G.K. Chesterton

There fared a mother driven forth
Out of an inn to roam;
In the place where she was homeless
All men are at home.
The crazy stable close at hand,
With shaking timber and shifting sand,
Grew a stronger thing to abide and stand
Than the square stones of Rome.

For men are homesick in their homes,
And strangers under the sun,
And they lay on their heads in a foreign land
Whenever the day is done.
Here we have battle and blazing eyes,
And chance and honour and high surprise,
But our homes are under miraculous skies
Where the yule tale was begun.

A Child in a foul stable,
Where the beasts feed and foam;
Only where He was homeless
Are you and I at home;
We have hands that fashion and heads that know,
But our hearts we lost - how long ago!
In a place no chart nor ship can show
Under the sky's dome.

This world is wild as an old wives' tale,
And strange the plain things are,
The earth is enough and the air is enough
For our wonder and our war;
But our rest is as far as the fire-drake swings
And our peace is put in impossible things
Where clashed and thundered unthinkable wings
Round an incredible star.

To an open house in the evening
Home shall men come,
To an older place than Eden
And a taller town than Rome.
To the end of the way of the wandering star,
To the things that cannot be and that are,
To the place where God was homeless
And all men are at home 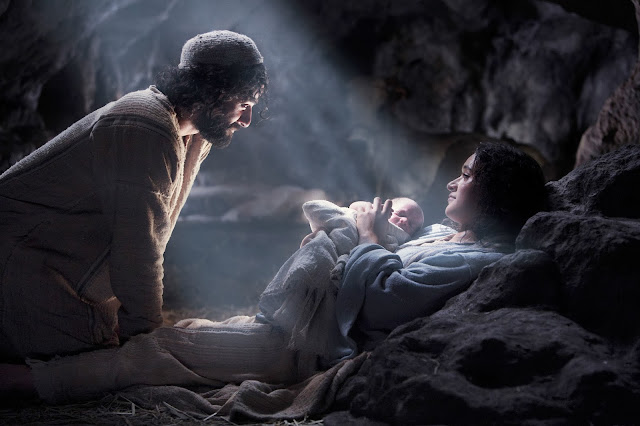 Posted by Unknown at 3:41 AM No comments: